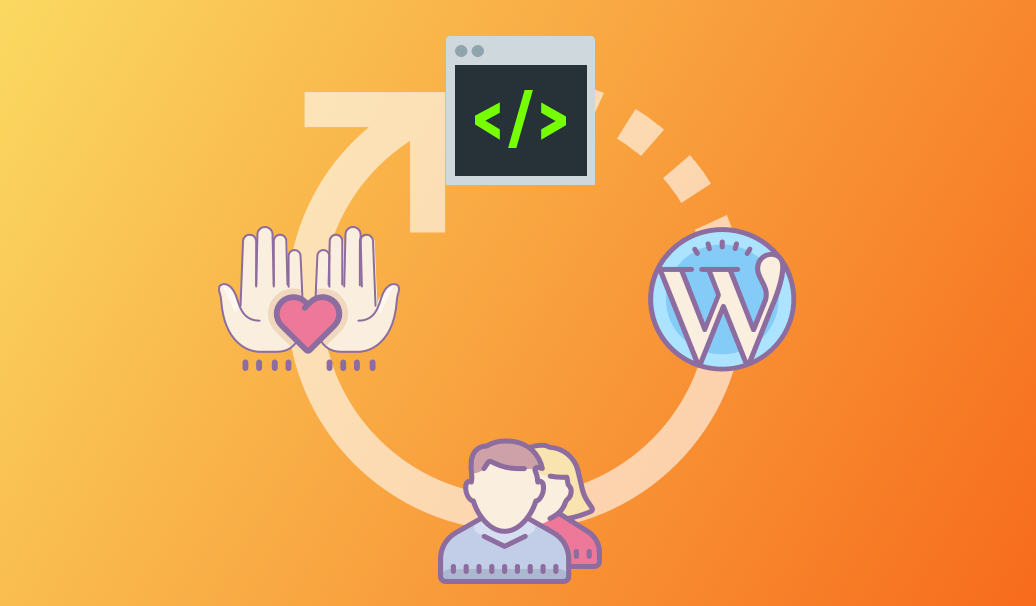 It’s been a while since the discussion around 100% GPL began. Since then, WordPress has experienced an incredible rate of growth capturing more market share every year and winning the support of more people around the world.

Why is that? There’s only one way to explain it: “Freedom.”

That’s not “freedom” as in “free,” but “freedom” as in “rights,” “happiness,” “friendship,” “collaboration,” “cooperation,” “high five”! Within the Open Source Software community no other CMS or software package has shown the amount of growth that WordPress has.

However, we can’t say that it’s simply the GPL license that has driven this success. It is also,

That is to say, its success is driven by the efforts of countless people to make WordPress the best it can be. It worked out pretty well, right?

We continue to reap the benefits of being part of such a remarkable phenomenon. It’s been truly moving to experience.

Just writing this, we find our hearts welling up with appreciation for those who built this community. Thank you all so much!!

You could think of this as, “Why distributing a free product via a paid model is awesome.”

Why? It offers support for creators of plugins and themes to continue making them to a higher and higher level of quality. We’re always delighted — and tempted — whenever we see a great paid plugin or theme (and inevitably end up buying it in short order!)

To put it another way, we think $50-100 is a reasonable price to pay for continuous maintenance and updates. As for why…

This creates and drives an awesome loop, continuing to make both developers and customers happier.

Since this allows creators to continue making software that more and more people use and love, we think paid distribution is a good thing.

So, what’s the difference between 100% GPL and a split license?

We’ll now briefly explain the difference between 100% GPL and a split license.

To put it simply, the gist of the dispute is as follows:

In a business context, whether this is right or wrong is irrelevant. It’s not an emotional decision, but a choice made for the sake of the growth of the business.

Does the existence of piracy sites drive developers to choose split licenses?

However, the idea of protecting against copying without permission is a little bit of a fantasy. In reality, any kind of content on the web will make its way onto piracy sites. Unfortunately, there are people selling pirated versions of paid plugins and themes.

Without putting any effort into making the product and lacking any knowhow regarding WordPress’s source code these people get hold of source code and sell it on the black market. The existence of these pirates unfortunately gives developers a reason to choose a split license.

Therefore, our current thinking is to focus on the benefits that going 100% GPL could offer to your business.

Going 100% GPL could offer benefits to your business

Since the 100% GPL debate began, the circumstances have changed.

As the WordPress community is generally welcoming to business players; if you feel inclined to adopt 100% GPL you can rely on the above benefits.

As the WordPress community is generally welcoming to business players, if you feel inclined to adopt 100% GPL, you can rely on the benefits. Click To Tweet

You might also think of it as choosing to throw away those benefits by choosing a split license. Additionally, a split license does not offer complete protection against those determined to use illegal methods, regardless.

For these reasons, right now it seems better to do away with the mentality of protecting against copying and, instead, opt for an approach to developing your business more suited to WordPress and to the open web.

While raw numbers about sales and market share are important, we’d like to deal with those in another article.

Based on the aforementioned logic, we at ReadyShip would like to announce our complete support for the WordPress community’s way of thinking.

In fact, ReadyShip will be sponsoring WordCamp Europe 2018. Our whole team can’t wait!

Additionally, one member of our management team is a member of the WordCamp Tokyo executive committee, and we would like to continue to contribute to the community even outside of our business activities.

Tell us what you think!

100% GPL vs. split licensing has been a regular subject of discussion for a long time now. We described it as an unemotional and detached comparison of the two.

What did you think? Please let us know!